Team #103 “Bright Robotic Unicorns” of Locust Valley take part in the Crane Team Challenge during the FIRST® (For Inspiration and Recognition of Science and Technology) LEGO® League Jr. Expos at Mineola High School on February 29 and at Longwood High School on March 1. This year’s challenge was BOOMTOWN BUILDSM.

For two days, hundreds of students, parents and volunteers convened for learning, technology and fun at this year’s FIRST® (For Inspiration and Recognition of Science and Technology) LEGO® League Jr. Expos. The events were held on February 29 at Mineola High School and March 1 at Longwood High School and presented by School-Business Partnerships of Long Island, Inc. dba FIRST® Long Island.

During the two Expo days, children ages six to nine from teams across Long Island presented their projects for this year’s challenge, BOOMTOWN BUILDSM, in which teams explored the growing needs and challenges of the people in their community. Using LEGO Education WeDo 2.0, they helped to imagine and create a building that solves a problem and makes life easier, happier or more connected for the people who use it. They also learned to present information through a Show-Me Poster and kept track of what they learn in their Engineering Notebook. Throughout their experience, teams operated under the signature set of FIRST Core Values.

Listed below are the awards given during the morning session on February 29:

Listed below are the awards given during the afternoon session on February 29:

Listed below are the awards given on March 1: 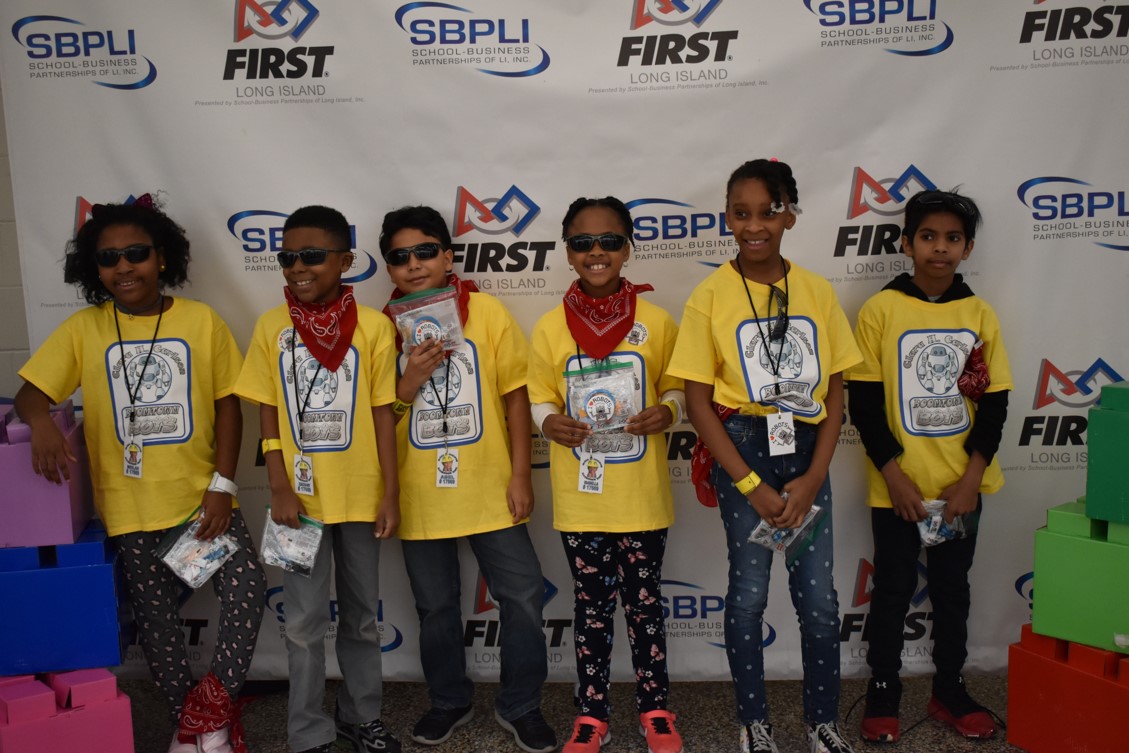 Team #17669 “CHC Boomtown Bots” in Elmont received the Explore and Design Award at the FIRST® LEGO® League Jr. Expos on February 29 at Mineola High School and on March 1 at Longwood High School.

Support us through our online store